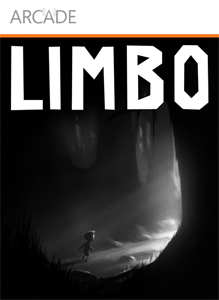 The Good – It’s a side scrolling game, in which you’re a little boy looking for your sister in the woods…..but only in the beginning. What follows are a countless series of puzzles to get through to the end. No two are the same, it gets very challenging, but it’s never impossible. I didn’t even have to look up anything online 😉 It’s somewhat reminicent of Braid, another downloadable game that I freakin’ loved. But that’s where the comparison stops, for the most part, there’s no time bending mechanics here. The graphics look incredible, totally out of the ordinary, there’s no color, it’s all shadows, lights, and out of focus grainy stuff that resembles a really old film. It doesn’t look like a game and it pulls it off perfectly. The atmosphere can be unnerving and creepy, most puzzles involve traps that kill you unexpectedly, so you will jump a lot. It bugged me out a bit here and there. And the ending, I can’t explain, but not since Half-Life 2: Episode 2, and Braid where a game’s ending had such a huge emotional effect on me. But LIMBO’s different, the ending will probably affect people in different ways and everybody will have their own interpretation of what happened in the “story”. Air quotes, cuz you are told nothing, the bit I wrote at the start, I only knew cuz that’s what the description said before downloading. This is one awesomely unique game that everyone should try. 10/10
The Bad – As I mentioned, you’ll die a lot. As in many trial and errors. I really don’t think it was all that bad, but I gotta mention it in case it would turn some gamers off.
The Ugly – The numerous ways that the little boy gets killed. Good thing you only ever see a black sillouhette of him, cuz it can be pretty gory.