There is, in my opinion, no cooler branded video game icon than a Brotherhood of Steel Paladin in the Fallout series.  Sure Fallout 3 has been out and we played it to death as well as New Vegas (which you played to death) but we still cannot get enough. Bethesda is doing it right. Call of Duty is not. I mean, who really thinks that it’s good to burn out a series with new releases every 6 to 8 months.  I guess you could counter that the Madden series does this in every way possible and still finds success. I believe there are a weird and unusual case. First and foremost, it’s NFL related property.  ANYTHING NFL related should succeed – the audience for any NFL property is so fast and huge that it’s mind boggling how anyone could not succeed in that space.  The next bit is that it’s got the “John Madden” brand. Although, he’s not been involved in that game since what, 2006? Should it really be called Madden anymore? Anyways! This is about Fallout! Commence with the fallout images! 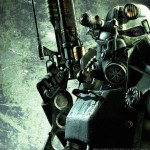 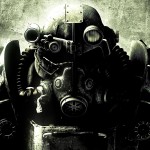 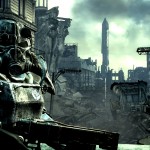 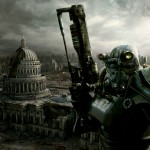 Brotherhood of Steel on Capital Hill