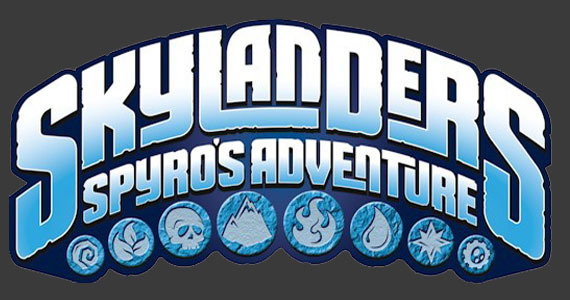 Apart from being those things you keep stepping on I have some good news: Skylanders Giants, or it’s previous version Spyro’s Adventure, is a totally harmless game. Well, apart from being a threat to your wallet every visit you do at Target. Chances are you could probabaly know about Skylanders Giants from that signage on display at every Big-Box store. Either way Skylanders is a game that has a huge appeal to the kids but also adults and presents an interesting way to connect with your children, or so I think. And it’s mostly because it’s really easy for even the parents to pick up.

Now I’m a parent of exactly one child and that child can hardly lift her head so all of this is positing, but were I to play with a kid I imagine that they would go bonkers for this. Most of my evidence is anecdotal in that I saw a bunch of very young kids freak out at Target when looking at this game. While stating that as both a parent and a person of age with sometimes a sound mind I have to admit that this game is 1/2 of me fueling my inner childhood and 1/2 of the adult in me saying this is Children’s consumer marketing at it’s most insidious. More on that part later.

I’m perpetuating the dumb parent trope, but as an older person when put up against the younger crowd I tend to get decimated. So what I’ve found fun is that the game presents no level of difficulty. That means there’s no “hard,easy or HARDCORE” modes. The gameplay is fairly easy to get as well. There are puzzles, but they’re very light on the difficulty side – it’s mostly just a 2-3 step deduction process. Have all the boxes been crushed? No? crush more boxes. The “boss” fights are some of the simplistic you could imagine. Quite a few of them simply require you to move to the right while something runs at you firing any number of things at you. This is a game of “leveling up” so you progress by blowing up things to gain experience points, and also coins. As you collect more coins you can buy new abilities at an in-game vendor. The abilities aren’t that complicated either. You only have 3-4 that you’ll use, and really can get by with even just mashing one button.

Now that the barrier to entry for even the most non-technically inclined parent is lowered you should know that the downside is this game costs a bunch of money. There’s a current trend in games that locks content on disc that is only available by buying post the game release. Even the most absent minded individual that knows business knows that the chance for a company to pull back on content created and say “we can sell this for more” is likely. Profit and progress, eh? So what’s the cost? There are 20+ figures in the first game. At $9.99 you do the math. You’ve got expansion packs that cost 19.99 each and with a game already costing $70.000 you’re looking at a lot of money if you’d like to complete a game. Still, those figures are damn cute.

Just make sure the kids use their allowance money on theirs.